Rap music has been with us for no less than 40 years. Nowadays it’s one of the most popular types of music and it has become a billion-dollar industry. But how did rap originally start out? What were the beginnings of rap like?

Well, it’s agreed that rap originally was created by the black community around the city of New York. The DJs started utilizing their equipment in a novel way. They started to create a rhythmic music. Pretty soon people started noticing how irresistible this music was and the DJs started filling clubs with people. These people were all eager to listen to rap music. 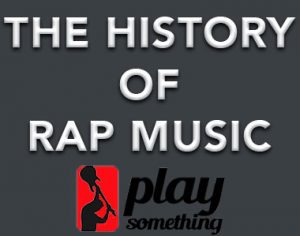 One of the greatest things about rap is that almost anyone can become a rapper. This is unlike other kinds of music. If you wanted to become a singer, then you will need to be talented and have a singing voice. But if you have any voice at all – you can become a rapper. And this is one of the leading factors as to the dramatic rise of popularity of rap. Black people used rap as a way to describe their lives, their problems, and their dreams.

That being said, rap really started to take off in the nineties. This was the time of the so-called “gangsta rap” phase. The gangsta rap was a specific brand of rap known for its violent lyrics and hard beats. It was introduced by the group NWA, but later t took off on the wings of rap legends like 2Pac and Snoop Doggy Dogg. At the same time, rap legend Notorious BIG was rapping on the East coast. This is widely considered to be the “golden age” of rap.

Later on, Dr. Dre started off his own record label. One of the biggest signings of the time was rap superstar Eminem. Today Eminem is widely known as a rap god and a legend in the field of rap. Eminem’s prodigy, 50 Cent, also took the world by storm at the time. His album Get Rich or Die Trying had many radio hits and further popularized the rap music all around the world.

Nowadays rap has gotten to a phase of full commercialization. It’s a part of the world’s culture – it’s no longer a “black thing”. Black and white people alike take a swing at becoming rap stars. Many of them succeed in this. It’s very easy to understand why – rap is a fantastic form of music in its own right.
And we can only speculate as to where will rap go from here. We don’t think that it’s no way near its end of evolution. There is so much left that can be said about rap. We think that there are many new rap stars that are waiting to be found out. The enjoyment that people derive from this kind of music will go on for a long time to come. If you ever wanted to delve in deeper into the culture of rap – then find a rap legend and listen to them.