Everyone, regardless of whether they like music or not, should experience their favorite artists or band live at least once in their lifetime. Attending a concert with live music with friends or loved ones beats listening on your computer or your phone. However, concert tickets and the additional charges associated with them can be steep but the benefits are worth it.

You could burn extra calories

Concerts usually include lots of dancing, jumping, and standing, which could help you burn unwanted calories. Concerts could be a mode of exercise and a fun one at that not to mention it is better than watching TV on your couch. A concert is an awesome way to raise your heart rate and burn calories if you love singing and dancing along to your favorite tunes. 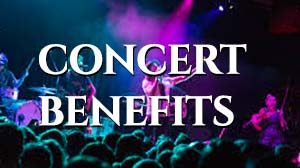 An added boost to your spirits is much needed in anyone’s day and a concert is a fun activity that can improve your mood for the whole day. Most people normally feel lighter in spirit after attending a concert and the feeling can last for days. It could be the excitement of enjoying the memories made with loved ones, preparing for the show, or even buying the ticket. The experience is well worth the expense.

A majority of bands usually have opening acts to excite the crowd and make people lively. The acts could be new and upcoming artists or bands you have not heard of. Concerts enable you to experience new music live and discover fresh sounds you could develop a liking for. Music influences most people’s mood and finding a sound you love can enhance your mood. In addition, if the band blows up in future, you would have the pleasure of seeing them live.

Most communities provide live music to enable people to visit and socialize in a safe atmosphere. Local bands can play in smaller venues or parks to involve the community more. Attending such smaller events can help to support local artists and help them build their careers from the ground. Such concerts are a wonderful way to demonstrate support for your community and an eagerness to get involved.

Live concerts also help other musicians encounter music in new ways. There is something unique about being involved in a live concert. The audience connects with the music more and it brings forth their imagination. Therefore, concerts can be a strong motivator for budding musicians looking for inspiration.

I’ve played the game Cuphead from start to finish, and I’m just coming to a conclusion; I don’t like it. On the verge of hate, actually. In spite of its fragile design, a magical soundtrack and a beautiful attitude – it’s really not a good game. It feels like 100% of the time has been spent writing, designing and putting together the graphic; while the game mechanics were thrown together during a coffee break on the first day of development; and then nothing more was done. 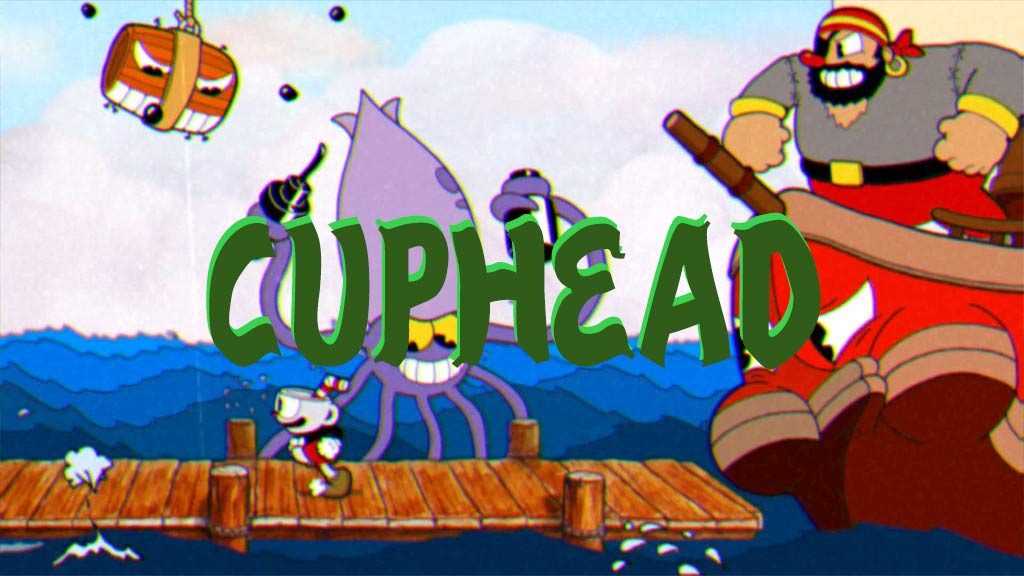 The Cuphead developers goes the whole way here; and every course I play is presented just as a short film from 1930, and is so beautifully done that I have to take my hand to my face and manually close my mouth. A typical course consists only of a bossfight who, during battle’s battle,  shape-shifts and changes attack patterns a number of times; while my role is to overcome the bullshit and try to figure out what to do to keep myself alive while luring the opponent.

Cuphead is harder than it have to be

My disgust for Cuphead has hardly anything to do with the difficulty. What bothered me most is that Cuphead would love to be hard as hell; when it’s basically not or needs to be. It is designed unfairly for it to feel difficult which makes it all meaningless, I think it’s not very good game design, when the developers force you to lose life / die completely to learn exactly where an enemy is located.

Trial and error is NOT good game design, and will never be it. It is a difficulty made out of air, artificially implemented and quite honestly really rotten. Cuphead wants to be old-school-hard but has no idea what it means. Dark Souls wrestled with the same type of problem at the beginning, a homework from Software has learned over time. A lesson I hope is learned before Cuphead 2 comes out. Until then I will focus on finding some new casino 2018 and Free Spins 2018 UK at http://freespinsnow.com/

Have a really nice Autumn, and i will see you in November!

Popstar Taylor Swift recently released her new single “Look what you made me do” on Friday. That same day, the song was played eight million times on Spotify and this is the most number of plays for a song on the music service during its first day – ever, the music-site Billboard reports. 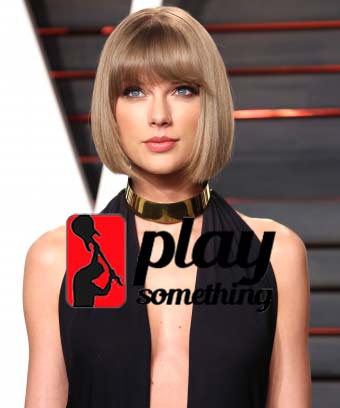 The record comes after Swift returned to Spotify this summer after several years of absence. In connection with an album release 2014, the singer removed her songs from the service, with the reason that music should not be released for free.

The song also hits a record on Youtube. A video illustrated with the song’s lyrics was seen 19 million times as of this Friday; which is the most for a text video during its first day – so far. This according to site Variety. The official music video will be premiered during Sunday’s MTV event.

Superstar Taylor Swift with over 100 million followers on Instagram and 85 million on Twitter, deleted her posts a while back, as well as her profile image and her Facebook account. The fans was of course in a state of panic and wondered why. It now seems it all was a PR decision from her side.

According to Reuters, the 27-year-old artist, formerly releasing the “Blank Space” album, has just returned after six months of absence from public appearances to testify in a lawsuit on sexual abuse in Denver. Earlier this month, she was condemned the symbolic sum of a dollar she requested after being touched by a radio DJ at a photography in 2013.

Taylor Swift is one of the biggest

Taylor Swift have previously been listed as one of the world’s most celebrated celebrities and earning over $ 1.5 billion in 2016, according to website Forbes.

Swift is a grammy awarded country singer who started her career in her early teens. She released her first single 2006, called “Tim McGraw” and appeared on the Billboard list. Since then, she released four albums, “Taylor Swift” 2006, “Fearless” 2008 “Speak Now” 2010, and “1989” in 2014 and featured several hits, including “Love Story” and “You Belong With Me”. In 2009 she was also in the movie “Valentine’s day”.

The Electronic Music Festival,Into The Valley returned for the third consecutive year to offer four days of electronic music from some of the world’s premier DJ:s. Days filled with non-stop dancing, colorful and happy people, sunshine, drizzle, mindblowing visuals, innovative art, cold, warmth and love – all in a very unique environment.

After two years in Dalarna’s deep forests, the festival has expanded this year and moved abroad to Rummu in Estonia. The new place is just like its predecessor; Completely surreal. The location is next to a deserted prison, located in a quarry with crystal clear water, a friendly beach and lush nature. Rummu really feels like a worthy successor to the beautiful site in Dalhalla.

What is Into the Valley?

Into the valley, the electronic music festival that wanted to take the city’s pulse to the heart of the forest by building an urban environment in the limestone quarry Dalhalla, has decided to host the festival in Estonia this year – with great success. Some of the top artists in the electronic music scene invited visitors to dance for three days, when the festival was organized last weekend.

With a large media spread throughout the world, Into the Valley attracted both Swedish and international visitors from around the world. Upon request from both visitors and organizers to experience the festival again.

“With the immensely positive response Into the Valley received this summer from visitors, artists, the municipality and partners, we are very motivated to do this again together with Mattias Hedlund and his colleagues”

The great interest in the festival reappeared when the Early Bird tickets were released in mid October. These tickets ended in less than three minutes and there is already a big hype ahead of the next ticket release that takes place in October 2017.

The next year’s concept is the same, an electronic music festival that does not focus on anything but the light, sound, decor, food and beverages. The first artist to be revealed is Ukrainian Nastia who has impressed audiences throughout the world over the last three years.

“We’ve been working on this lineup for a while to ensure it’s really high quality. We are watching both major, well-known artists and even more up and coming artists, such as Nastia. The scene is extremely interesting right now with many new DJs and producers, so it makes it a very fun year for summer 2018.”

Repairs is not only a thing for bicycles or cars. Every musician knows that a fine tuned and polished instrument need to be taken care of on a regular basis. We often get a lot of questions on prices for repairs and of course this depend on the type of service and the instrument in place.

At Playsomething we know a lot about repairs and how to handle a wide range of repair services to many different instruments. These include:

For more information please contact us or post a comment here. Since so many are asking us about prices on repairs and since most of these are asked towards the perspective of the guitar or bass, we have gathered prices to be seen as general for these repairs. Please see the list below. Your can always contact us for any more quotation on other instruments or other types of repairs.