Some worlds we might don’t think have a lot in common sometimes surprises us. Online casinos are very popular among people all over the world and so are music. Even so, we didn’t expect the two correlate in many ways. When we heard about the news that a famous Swedish pop-singer now collaborate with a game producer for online casinos, we had to look deeper into collaborations between gambling and music. We were surprised, to say the least when we noticed that is wasn’t as uncommon as we first thought. 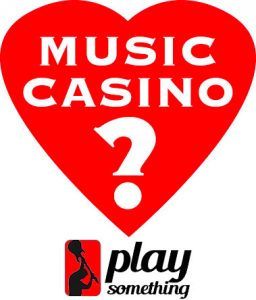 The Swedish artist, Erik Segerstedt, will work alongside with GiG, Gaming Innovation Group, in producing Popstar. This new casino game has a full focus on music, something we, of course, love to hear. There are a great number of different casinos in the United Kingdom, something we soon figured out after visiting newcasinooffers.co.uk, a comparison site for new casino sites in the United Kingdom. By reading a couple of different reviews, we found a casino that was supposed to have a lot of different game developers and, thereof, many games. And pretty soon we had discovered how many games that involve music so much more than only a background sound.

NetEnt Rocks – The greatest collaboration of them all

If you like to play at online casinos, we think that you will love the NetEnt Rocks series. This is a collaboration between the online casino slot developer NetEnt and three of the largest artists ever been; Guns N’ Roses, Jimi Hendrix and Motorhead. In these slot games, you can choose from some of their most famous songs while playing the game.

From what we hear, the NetEnt Rocks series was a huge success and the Guns N’ Roses slot was the most played game among new online casinos for a long time. Therefore, we think more developers will try to get a new audience of players by launching music slots. GiG and Erik Segerstedt are most probably up to something good that will benefit them in 2019!